Ewan McGregor was once asked how he managed to get that gaunt, heavy drug user look he achieved for his role of Renton in the hit movie Trainspotting.

“The easiest way for a British working man to lose weight is to just cut out the beer” was his reply. “I simply swapped my beer for a Scotch and diet Coke.”

He also said that he cut out his dairy intake too but that didn’t make such good press copy so was mostly ignored by the tabloids. Either way, his personal coach was spot on with the diet plan. It was widely reported he spent just 8 weeks avoiding alcohol and dieting to get the look the director wanted.

Alcohol and dieting can be a problem for guys who find it hard to say no to a beer when they are in a bar with friends or coleagues. They might enter the bar with the best intentions but as soon as someone says “beer?” they will find their head nodding the affirmative.

So what’s the best alcohol to drink when on a diet?

While in the weight losing phase of The Man Made Diet it is recommended you avoid all alcohol but if it is a big part of your social life and you feel you can’t, try some of the following tips.

Don’t give in to peer pressure. Some people hate to see anyone sticking to something that’s good for them. Its in their nature to want you to fail. The guy who’s saying “go on, one beer won’t hurt you” is the same guy who was offering you a cigarette when you were quitting. Sod them and stick to your weight loss plan because alcohol and dieting just don’t mix well.

Don’t tell anyone why you are off the beer if you think you will be put under pressure to have a few. Taking medication – Going for a meal with the inlaws later – had too many last night etc. All genuine reasons why you aren’t drinking or why you are just having the one.

Drink a shot with a mixer instead of a beer. A whisky or a vodka with a diet coke has virtually no carbs.

If you simply can’t say no to a beer try some of the light beers which are low in carbs. Michelob light has around 8 grams of carbs but tastes like piss. Coors light is the best I’ve tasted and has just 5 grams carbs. Although not carb free that’s pretty good when compared to the 12 grams in Coors Original and the 14 in Coors NA.

If you can cope with the taste of light beers and do make the switch, be aware that they tend to be stronger than their original counterpart.

The Man Made Diet calls for no more than 40 grams of carbs per day during the weight loss phase so if you know you will be going to the bar after work on Friday you could avoid all carb intake during the day to compensate.

It goes without saying that for a healthy lifestyle you should be drinking alchohol in moderation anyway but more so when following a weight loss program. Alchohol and dieting doesn’t mix well because a few too many alcoholic beverages makes you think you are hungry even when you aren’t so you could end up blowing a good day of avoiding carbohydrates by pigging out on fast foods if you end up a little drunk. 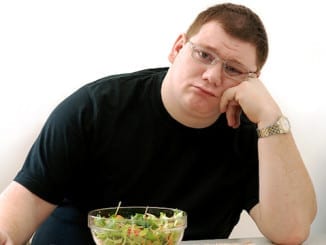