A joint study on international obesity statistics – published today in the medical journal ‘The Lancet’ – by Dr Claire Wang from Columbia University in New York and Oxford University Professor Klim McPherson has warned that obesity in America will increase by an extra 65 million people within the next 20 years and that is on top of the already expected 99 million.

In Great Britain the obesity crisis is increasing at the same proportion as America and the report says over the same time frame another 11 million Britains will be obese making a total of 26 million by 2030.

The United States and Great Britain have the highest obesity rates in the world and the paper warns both governments that the rising health costs cannot be written off simply because obese people will die younger thereby saving money on caring for the elderly.

“Without a doubt, health care expenditure is high for elderly people but these costs should not be used to justify the cost savings of dying younger, or to suggest that obesity prevention has no benefit.” the paper says.

Huge jumps in the amount of people suffering from an obesity related illness such as diabetes, coronary heart disease and certain types of cancer would require an additional 2% per year on the health budget – that’s around $50 Billion per year and does not take into account associated costs such as more sick days from work which alone is expected to cost around $450 billion a year by 2030.

Governments from UN countries are meeting next month in New York to discuss the growing obesity crisis and experts are calling for governments to tackle the problem head on. Ideas being thrown around include taxing junk foods and banning TV advertising for unhealthy foods aimed at our kids.

What can you do?

First off, don’t expect your government to do anything substantial to tackle this problem. Food is a massive industry and governments are loathe to step on the toes of those who bankroll them.

Besides, your government actually wants you to die before you retire and you need to get your head around that and accept it. It wants you to have a productive life, earn money, pay your taxes and then die before you become a cost to them with your increased medical costs, pension, free transport etc.

Making Changes To Your Diet

Cereals are loaded with sugar and bad carbs. If the government were to ask me what I consider to be one of the major causes of obesity in America and Britain, breakfast cereals would be right up there. Oatmeal or Quinoa is ok but the rest are just setting your children up for a life addicted to carbs. They should be banned or at the very least, TV ads for them should be banned.

Obesity in America is a relatively modern phenomenon caused by our obsession for carb loaded fast foods. Get your family and yourself off the carb cycle and start eating the healthy foods our grandparents ate. Fresh chicken and vegetables instead of pizza, scrambled eggs for breakfast instead of cereal, wholemeal bread instead of white, yogurt instead of ice cream, fruit instead of potato chips.

It isn’t hard to implement these changes, it just takes a commitment from you to change your diet for the better. Once you make that commitment, stick to it.

Making Changes To Your Lifestyle 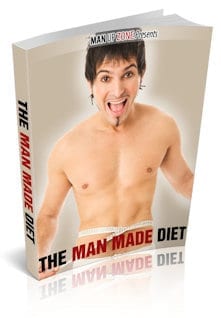 If you already overweight then you need to take action now and not put it off any longer. Follow a low carb, high protein diet such as our own Man Made Diet and get yourself into shape before it is too late.

Right now you have a choice, staying on a path that leads to long term illness and a death before your time or taking a new road that leads you to a long and healthy life.

Please help spread the word about Obesity in America by hitting one or more of the share buttons below, thanks. 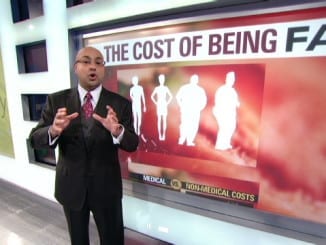 The Cost Of Obesity For American Men Is $2600 Per Year 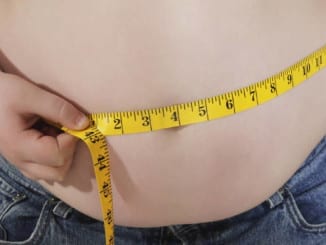 Why Are Americans So Fat? Top 10 Factors Behind The Killing Of A Nation 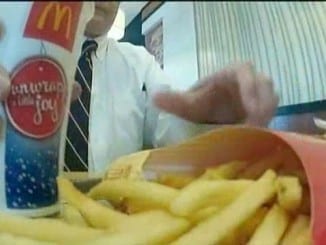