It may be a surprise to many but the answer to how many sit ups to get a six pack is actually zero. How can it be zero? If you thought the best way to build abs was to do 500 sit-ups a day don’t worry, you aren’t alone. I still hear of fellow personal trainers recommending crunches and sit ups to their clients so if they don’t know any better how would you?

The truth is sit ups and crunches are old hat when it comes to six pack workouts and the science of fitness has moved on a lot since the days when it was just taken as a given that they were the fastest way to achieving your goal.

We are all taught from an early age to ‘lift with your legs and keep your back straight’ and we all accept it as excellent advice because logic tells us we are going to hurt our back if we try and lift a heavy object off the deck with straight legs and a bent back. Even if it doesn’t at the time, it will certainly come back to haunt us later in life if we did it on a regular basis.

So if we accept that advice as being good why on Earth would you try and lift your upper body weight with nothing more than your back?

Don’t just take my word for it. Here’s what respected back specialist Dr. Richard Guyer from the Texas Back Institute told Newsweek in an article some years ago….

We stopped advising crunches a long time ago. The full flex movement, the actual crunch part of crunches puts an unhealthy strain on the back at its weakest point. The section with the most potential for nerve damage is in the back of the spine, the very part that bends and strains during a sit up.

Not only are you risking painful back injuries later in life, unless you are already relatively fit (less than 10% body fat) you are actually wasting your time because it doesn’t matter how well developed your six pack is, if it is buried under body fat then it cannot be seen.

And don’t believe those infomercials pushing their various ab trainers either, you cannot spot target fat loss. To lose weight you need to burn more calories than you take in, agreed? Once you are in this situation – lets say by doing the crunches these infomercials recommend – your body starts to use the fat it is carrying but it doesn’t go “seeing as he’s exercising his abs we’ll take the fat from his stomach” it takes it from wherever it has it stored.

So doing countless crunches or sit ups to ‘lose that belly flab’ is a myth and there are far better more beneficial exercises you can do to burn off the fat if you do need to lose weight so your six pack can shine through.

Still not convinced? I have one more point to make about crunches and if you are still asking how many sit ups to get a six pack after that then I give up!

Steve Maresca – who is an excellent trainer btw – coined the phrase “aerobic abs” to describe the wierd look of a six pack that has been built on nothing but sit ups and crunches when seen from the side. 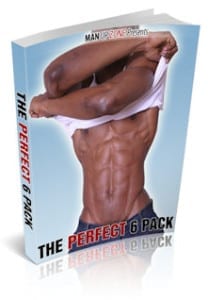 So to recap, sit ups and crunches are bad for you because :

If you would like to learn the best way to build abs, a diet and exercise program that shows you the easy way to get ripped abs fast and WITHOUT harming your back,  just click here to read more or click the icon below and send me a blank email for more info. 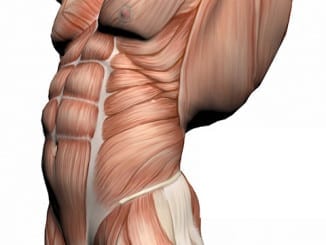 Your Core Muscles And What They Do 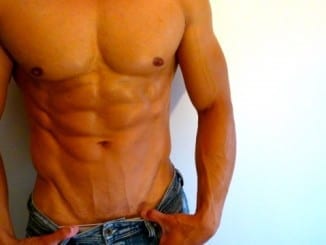 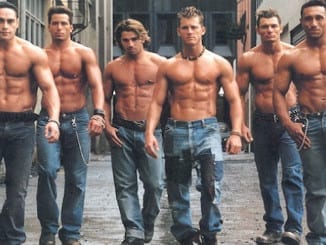